November 09, 2021
Charcuterie boards are one of my favorite things and I was lucky enough to have three of them in one week! 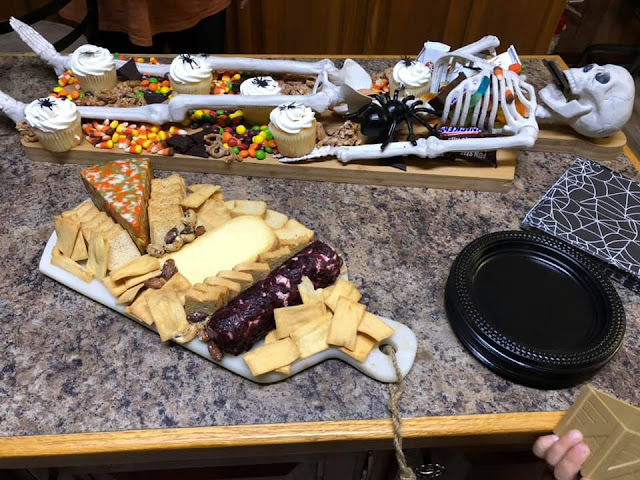 This skellie board was one my daughters and I did for my birthday.  You might remember the skeleton from most post a few weeks ago when one of Grandsons buckled him up in our car.  The skeleton board was all candy and sweets, but the cheese board next to it was cheese and crakers.  The speckled cheese was our favorite.  It was red and green bell pepper cheese with a bit of spice.
This next one was a board we purchased at Provisions Cheese and Wine Shop in Wetumpka, Alabama. 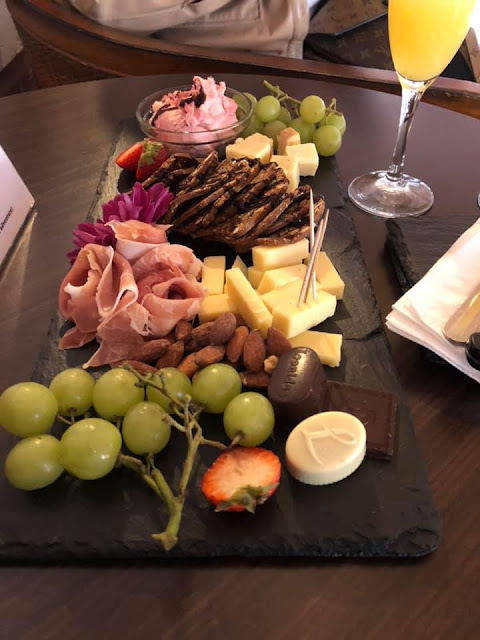 Funny story about the board.  We ordered the $10 board to go with our $5 Mimosas and they brought this.  We immediately thought they must lose money on the boards!  The owner came by a bit later and told us they had made a mistake and gave us the Humphrey Bogart Board in error ($28).  We totally lucked out!  The bottom cheese was a cave aged cheddar and we loved it.  The crackers were pumpkin with a basalmic glaze.  Amazing!
The mimosa in the top of the picture is my ticket to T-day over at Elizabeth's Blog where the T-day gang all share their posts containing a drink of any kind.  Happy T-day friends!!!
One last board - this was from last night.  Since the people at Provisions were so nice, we bought some cheeses to make another tray. 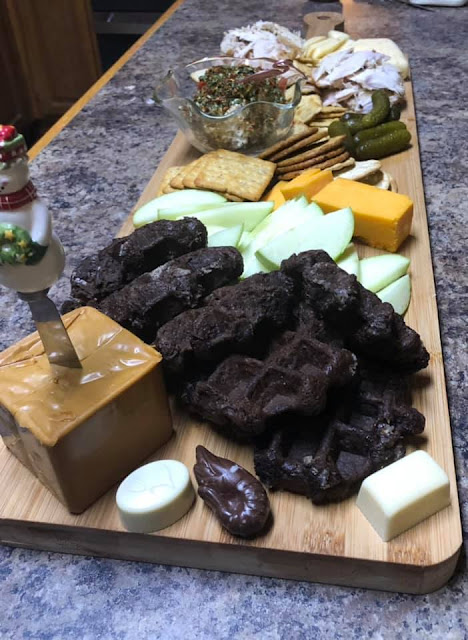 The brown block on the bottom was a Caramel flavored cheese from Norway.  They told us to put it on waffles and green apples so we did.  I think we were all afraid to try it, but it was wonderful.  The kids were eating it like coffee.  I bought Brownie Belguim waffles instead of making my own.  In the top left corner there is a ghost pepper and pear cheese (wonderful), and in the middle is a BLT cheese ball (it was from my sister-in-law and was a hit).  There is also fried turkey and spicy pickles.  We also had French Fry Mountain. 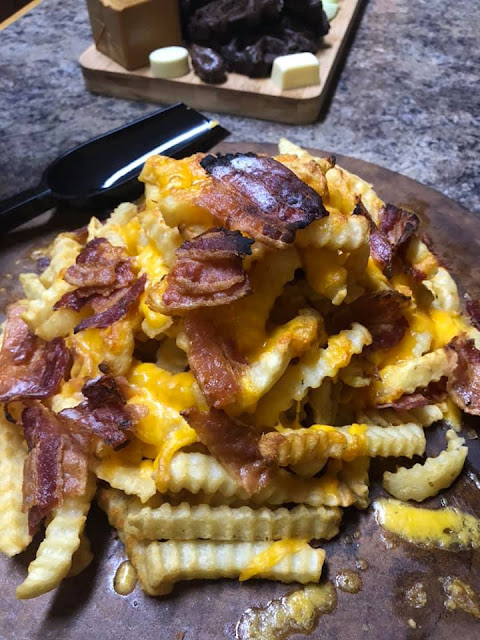 After all this wonderful and fattening food, I am going to be on a diet for sure.
Hope you had a week full of fun foods and fabulous drinks as well.
Hugz,
Nancy