December 14, 2021
Life is so interesing and full of surprises if you are open to them. Take this picture for instance.  This is what I saw when I walked into the lobby of the Hotel Elyton in Birmingham for a teambuilding conference at work. 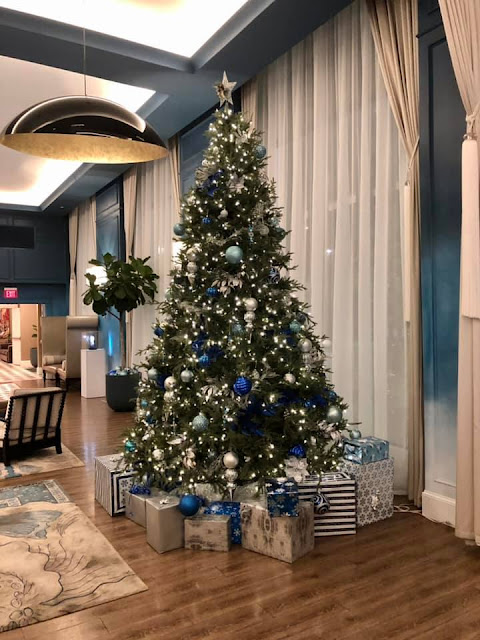 I looked at it and had a feelig of deja vu.  Then I got off the elevator to go to my room, and I got that feeling again. 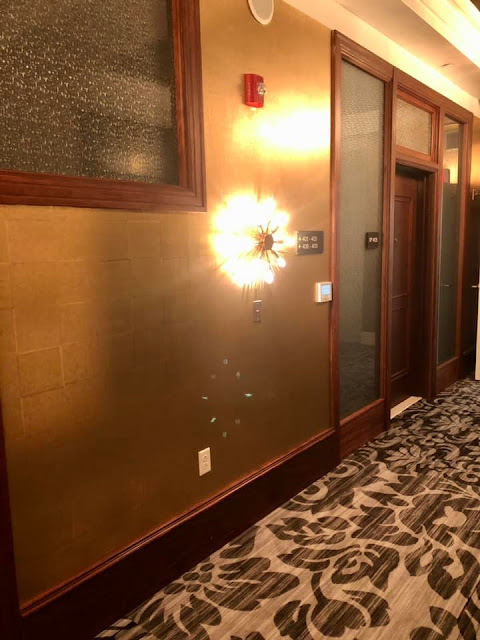 Turns out this was the old Colonial Bank in Birmingham building remodeled as a hotel.  I worked at Colonial's headquarters in Montgomery for 19 years.  I had a team in this Birmingham building for years, and I visited it 100s of times.  It brought back a lot of memories that I thought I lost after my big seizure in 2011.  Some good memories of lots of good people.  So sad that the bank went under after the real estate market crash in 2008/2009.  By the way, I think we may be headed for another crash - not as big as 2008/2009, but it is coming.
This past weekend, our daughter told us she was going to go ice skating in downtown Prattville.  The temps were high 60s and we knew there was no ice skating rinks.... turns out the city commissioned a fake ice skating rink with some kind of fake ice.  It wasn't as good as the real thing but it was super fun for our grandson, Patton. 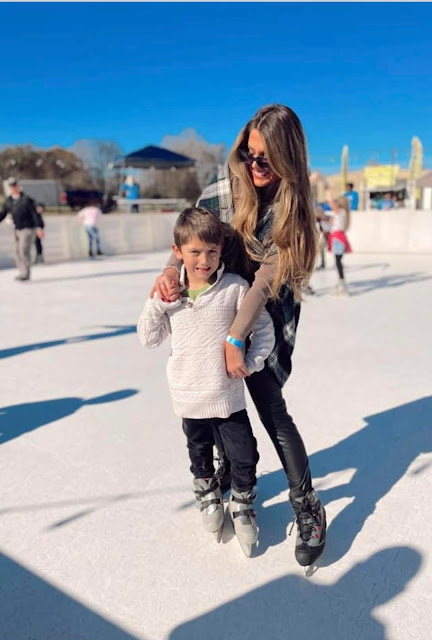 They also had lots of fun Christmas decorations to take pictures by..... 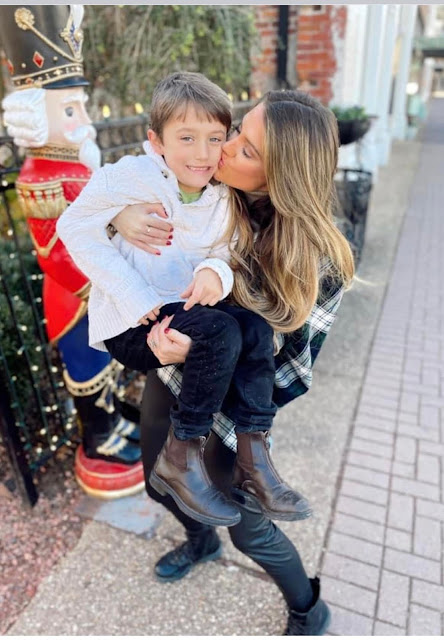 Back to work, when we went out to dinner, I told the server to have the bartender surprize me with something not on the drink list and very creative. Then I had to guess what it was... and I guessed correctly! 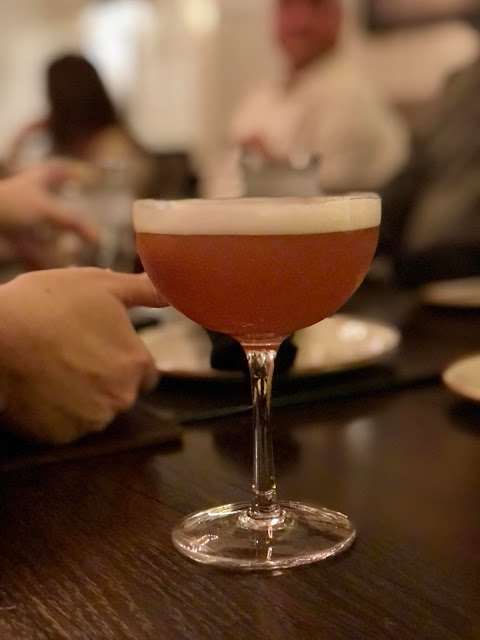 It was a Fruit Loop Martini and it was very good!
A few more surprizes....
The week before, my daughters met me in Birmingham and we got lost looking for our restaurant.  We walked by the coolest looking place (three times) and decided to go in.  It was called Cookie Dough Magic.  Basically like Baskin and Robbins but with edible cookie dough. 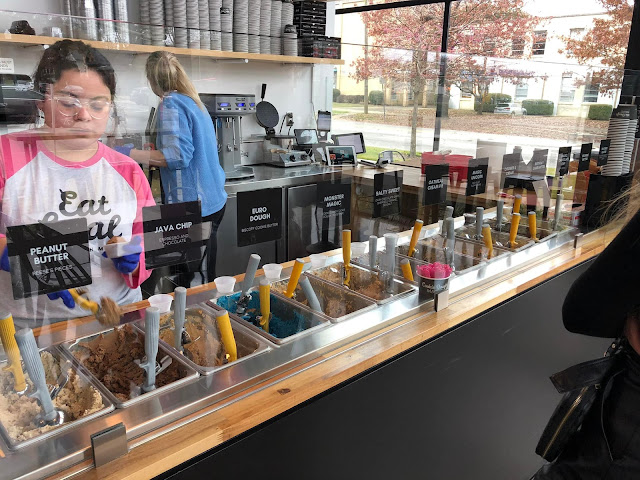 Here is Alex with her Red Velvet coffee. 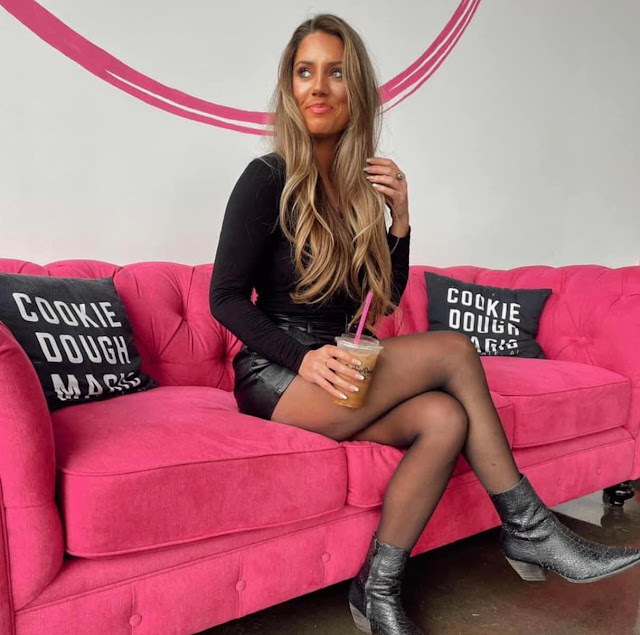 Turns out our restaurant moved so we were off again.  This restaurant is called Hot Box and they are in an old Airstream.  They serve Asian Fusion food which I can only describe as Asia meets New Mexico in Alabama. 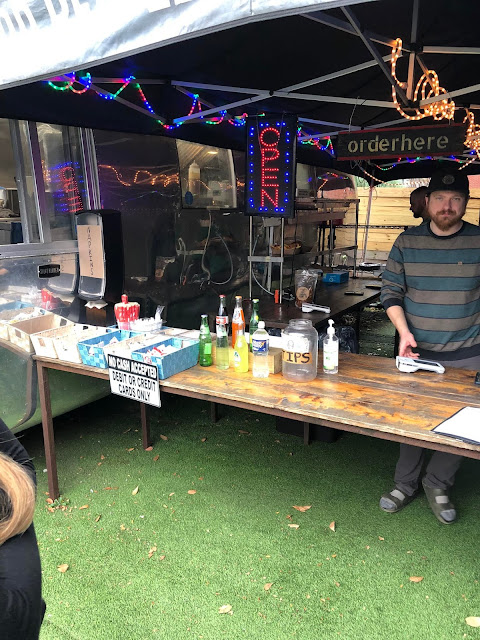 We had the Lemongrass fried chicken (outstanding Asian flavored fried chicken), Korean Barbeque Eggrolls (our favorite), and the Green Chili Burger (fabulous). Yum, Yum.  Even cooler is that they are located in the front yard of the Good People Brewery. We had to go in! 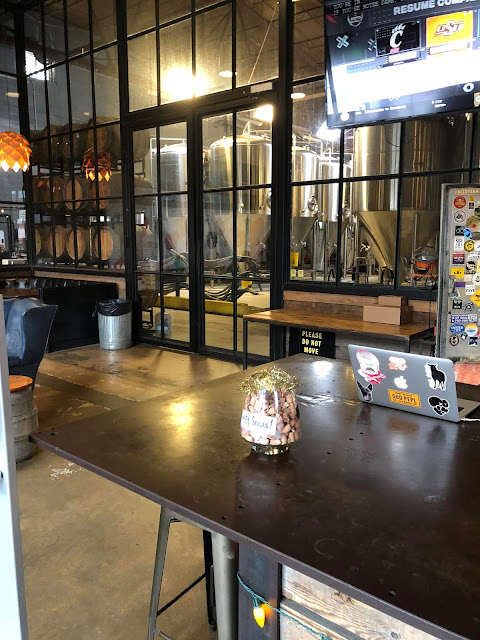 We ordered a drink, of course.  The girls go very yummy fruit flavored sours, and I had coffee oatmeal stout.  We couldn't finish our drinks (too early), but we ate all the food! 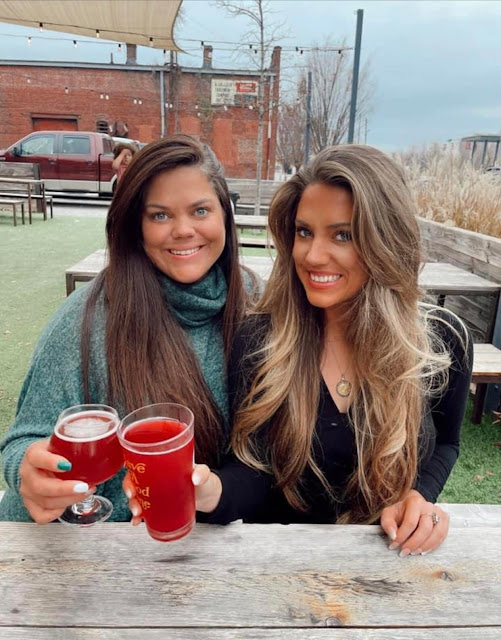 Since I have lots of drinks in my post, I am linking up to the T-day gang at Elizabeth's blog.  I get extra cookies this week since I have lots of fun drinks - especially if you count all the drinks in those vats at the brewery! LOL!  Happy T-day my friends.
Oh, and I forgot that we had surprise visitors this week!  Cindy Loo Who and the Grinch. 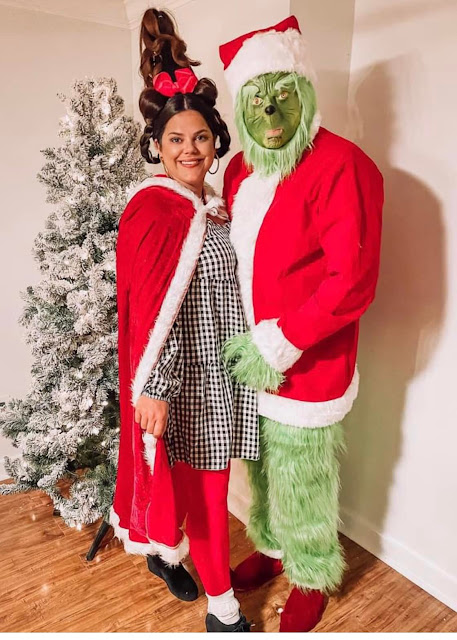 My oldest daughter and her husband off to a Christmas Character party.  Don't they look great?  I am sure her hair stylist spent a few hours getting that hair up there!  She has sooooo much hair.
Hugz, Nancy