Don't you love getting new stuff?  This is my fun new stuff from Red Lead Paperworks. 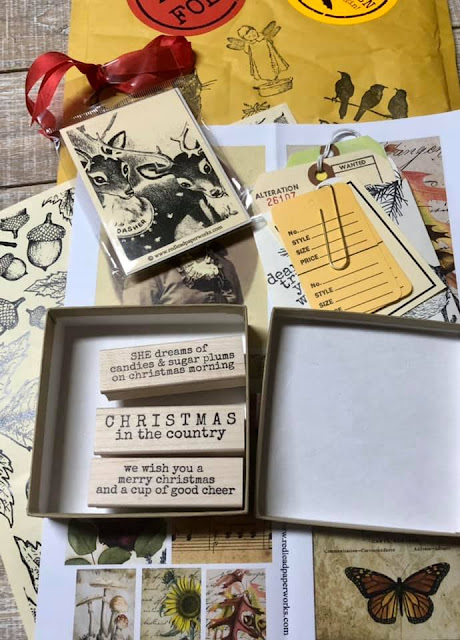 I ordered the fun vintage looking deer stamp and the three Christmas greetings - all were on sale a few weeks ago.  I love getting their packages because they always send some extra little goodies like collage sheets and old tickets plus even their packaging is cute and reusable.  The sheet with the leaves and acorns on the bottom is the other side of the invoice so you can reuse it as well.  I can't wait to play with these fun goodies.
Here is a look at my current reading pile. 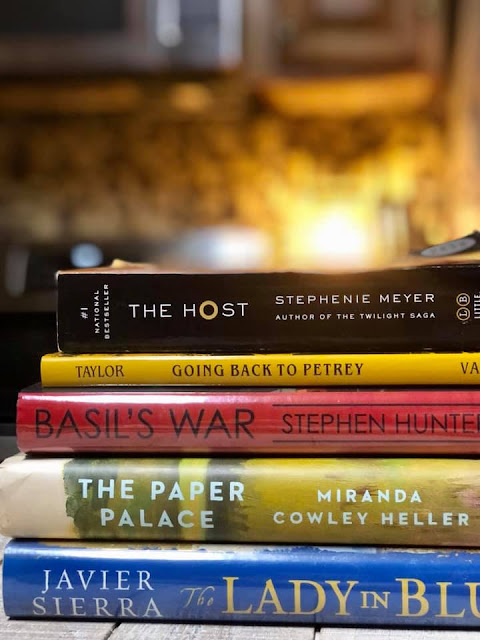 I checked Basil's War by Stephen Hunter from the library, my daughter lent me The Paper Palace, and I bought The Host, Going Back to Petrey, and The Lady in Blue from the Thrift Store.
I am reading Basil's War and The Lady in Blue at the same time - something I really shouldn't do especially since both books are the kind that switch between stories every chapter.  The Lady in Blue switches between four stories: Jennifer Narody a confused woman living in California and trying to figure out why she keeps having intense dreams of a nun dressed in blue; an Indian Tribe in New Mexico during the 1600s who is physically visited by the nun who was actually physically in Spain at the time; and a priest in Rome who is trying to figure out how the nun manifested in two places at the same time; and a journalist who has uncovered the story of the nun, but is realizing that the story may have chosen him instead.  Definitely a page turner.  Basil's War is about an English Spy who was dropped secretly into France during World War II.  He is tasked with finding an old book that may be the key to ending the war.  Both are riviting and I find myself reading during breaks from work nd during dinner - that is when you know a book is good.
Speaking of the war, I picked up some old pictures at a gun show recently.  The man selling them had tons of old pictures, but these four spoke to me.  I plan to copy them and use them in some collages soon. Aren't they cool?  The dress on the photo of the actress in New York grabbed me.  The look on the top soldier convinced me - I am not sure but I think he is in the Bulgarian Army in World War I (but I am most likely wrong and hubby told me not to even try to guess since I don't know anything about it).  The photography company was from around there and very popular.  The tall man is from the Oklahoma Territory and looks kind of sad....  Not sure about the smaller picture of a soldier but he looks fabulous with that fun hair and beard and his stance is so cool. 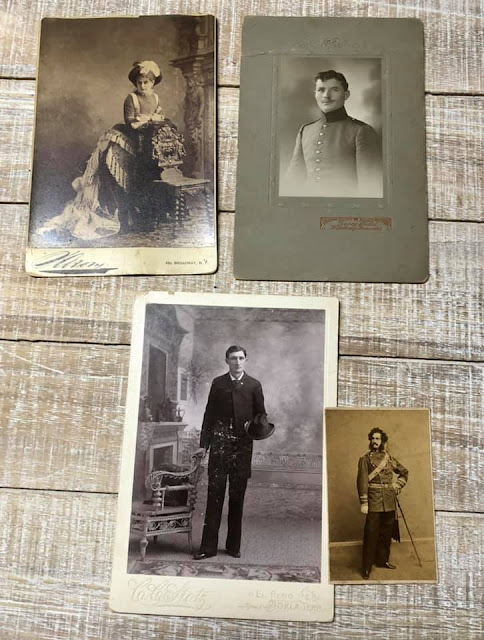 Now for the food and drink and a wish (or two) for a happy T-day to the gang.  We meet up at Elizabeth's Blog: Altered Book Lover and share our drink related stories, pictures, movies, etc.
I had one more pumpkin flavored ale and I drank it this weekend. I was my favorite of all the pumpkin ales in the box. 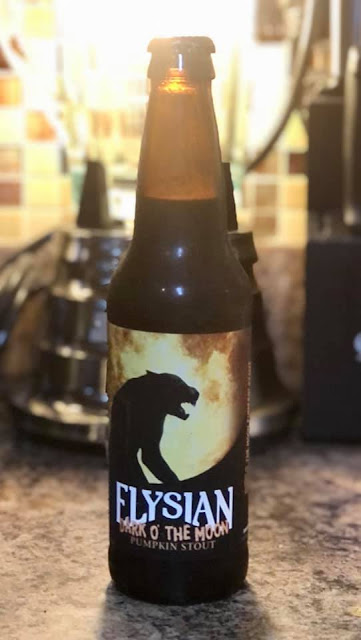 We visited with my Brother in Law who is in the hospital in Mobile this weekend.  We didn't get to go to lunch until very late and the restaurant we went to ran out of barbeque and chicken.  We were so tired we just told them to bring whatever they had.  They had Southern Caviar, Sausage, and Fried Green Tomatoes. 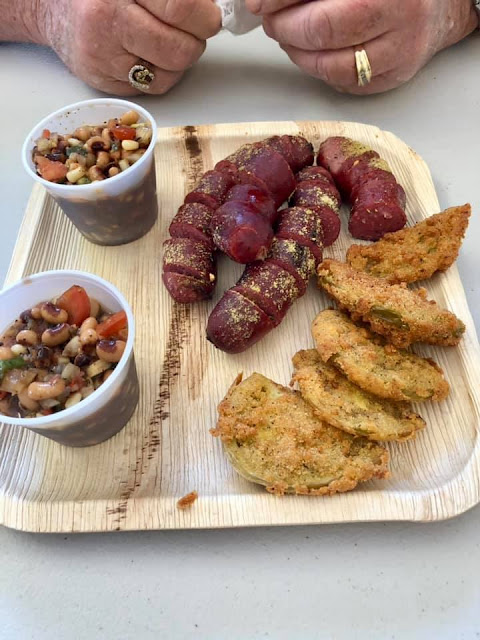 It was good.  They felt so bad for us that they didn't charge us.  We plan to go back next time we are in town.
Notice my hubby's hands.  They are the largest hands I have ever seen. When I visited Ford's Theatre a few years ago, they had a cast of Abraham Lincoln's hands and they reminded me of my husband's.  This hands have done hard work and are very supportive to family and friends.  One of my favorite things about my husband.
Hugz,
Nancy