Hope you had a good weekend.  I look forward to this weekend every year because I love the Fourth of July Parade in Prattville.  It makes me feel like things are right with the world - it is a bit old fashioned, a bit innocent, a bit quirky (actually a whole lot quirky), and a lot of fun.  Anyone can be in the parade as long as you remotely look patriotic.  My kids used to ride their bikes in the parade when they were younger. I thought I would share a few pictures.

The mayor and City Council had one of the first floats (by the way all the floats and cars throw candy, necklaces, and toys so the people watching are all paying close attention so they can catch the good stuff). Notice how the floats are really just trailers with a few decorations. 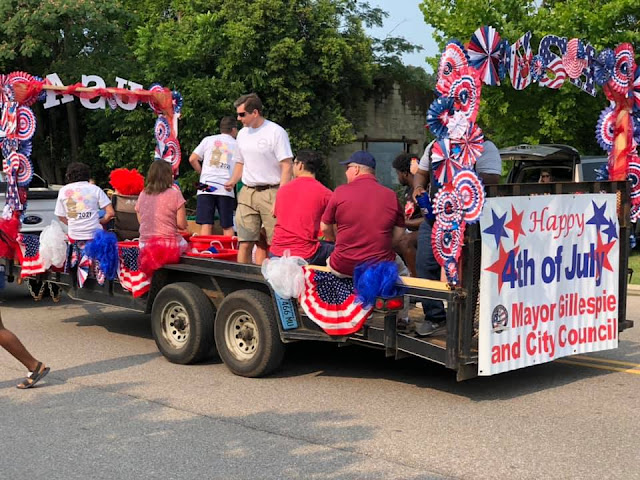 This was one of my favorites - it was the sanitation department and they had all their candy in a toilet on the top of the truck - lol!  I am pretty sure it was tootsie rolls - lol again! 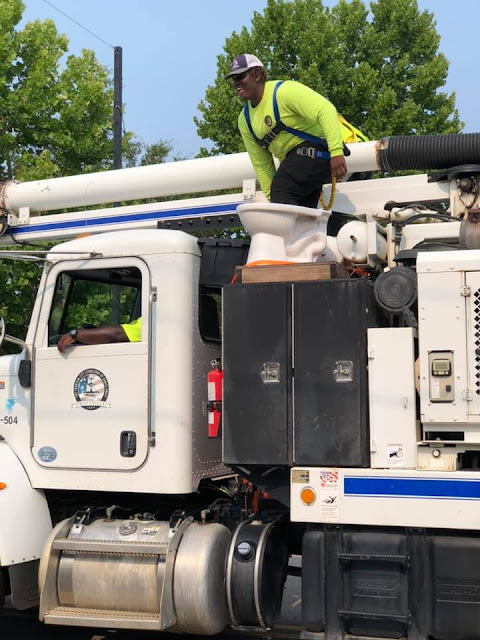 The local judge - isn't she pretty? 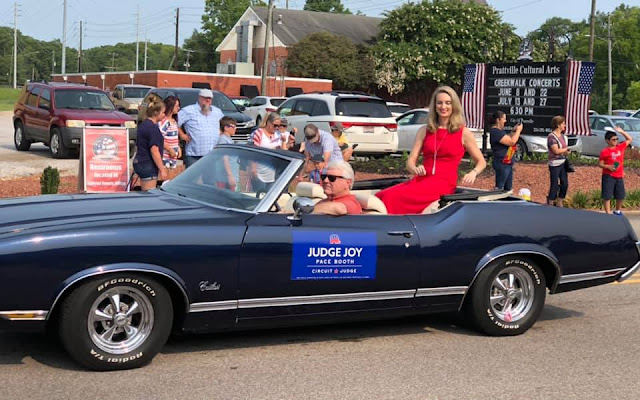 She also had a float following her. 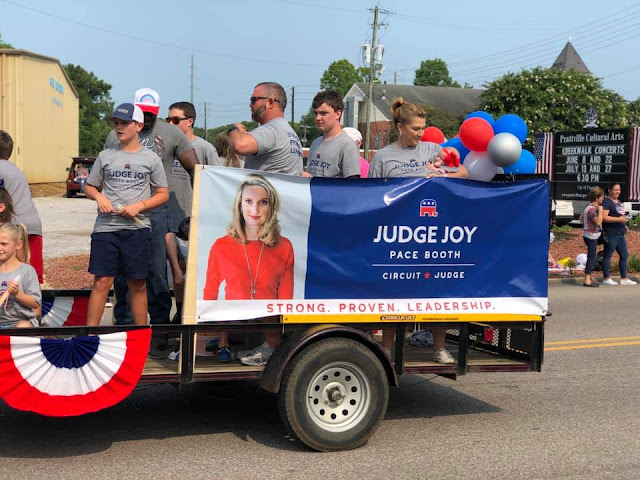 The District Attorney didn't want to be outdone. 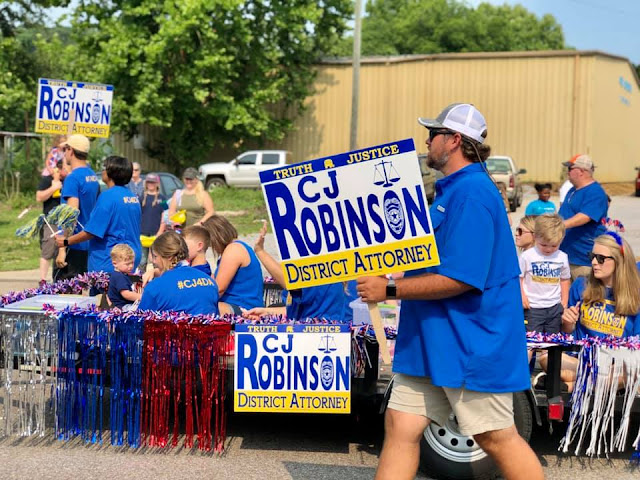 Neither did the Sheriff.... 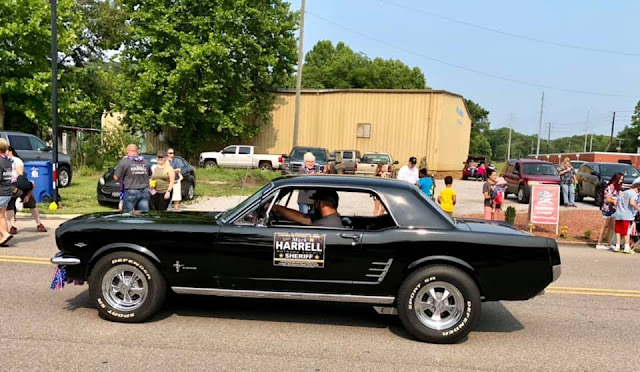 One of the local volunteer fire departments. 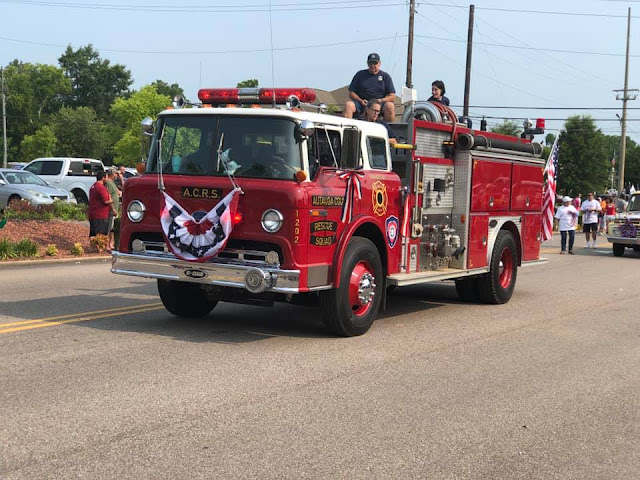 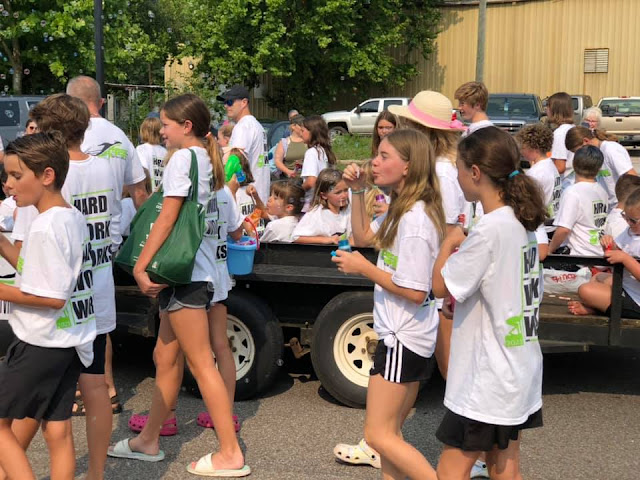 One of the local State Championship little league teams. 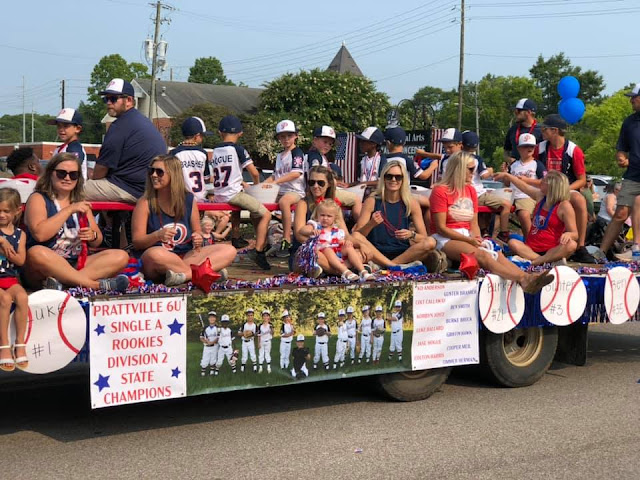 The girls won state champs too!  My niece is in the red and her daughter is the second from the right.  My neice was one of the coaches. 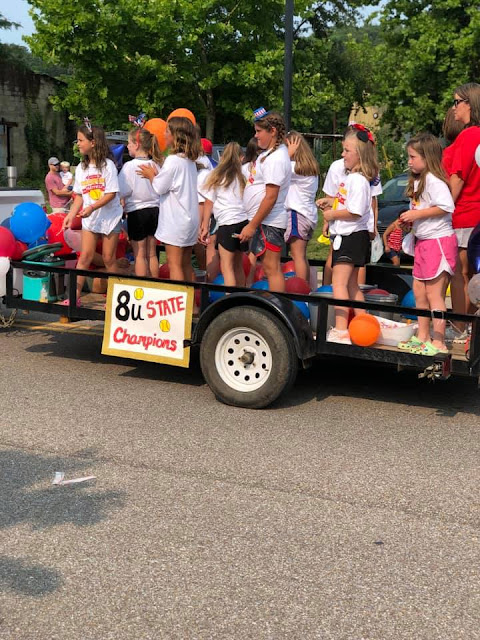 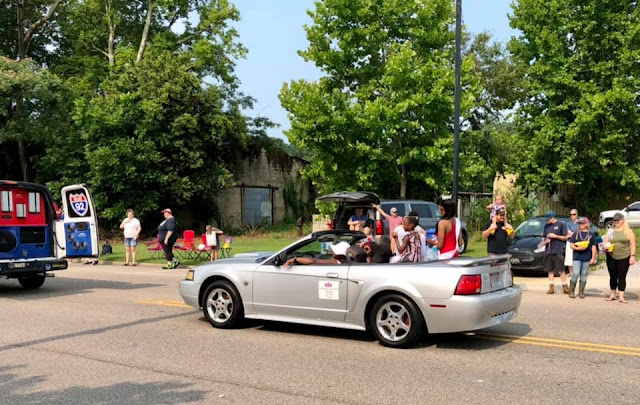 The old car club had a lot of old vehicles in the parade. 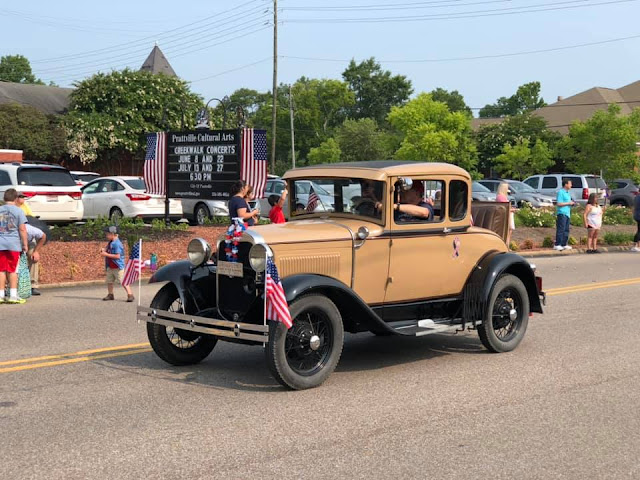 And an old jeep. 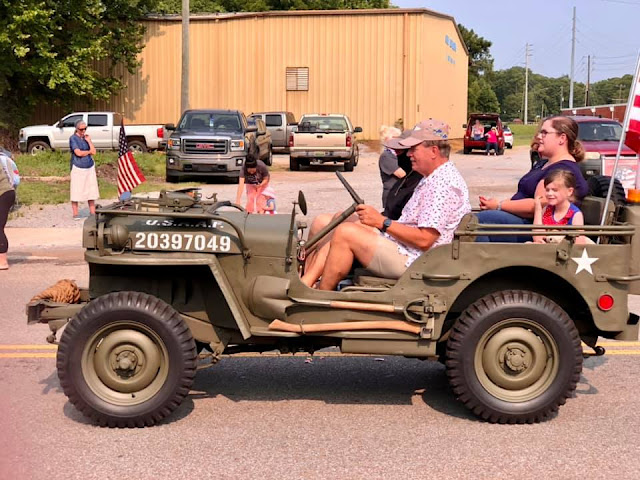 Lots of mustangs - the whole club was in the parade. 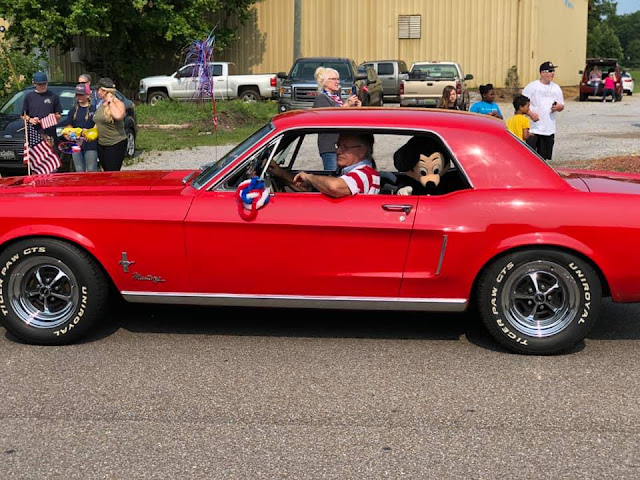 Some people just had wagons. 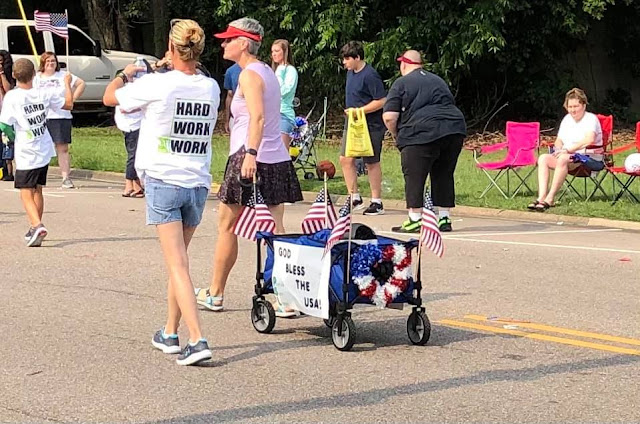 Some had golf carts. 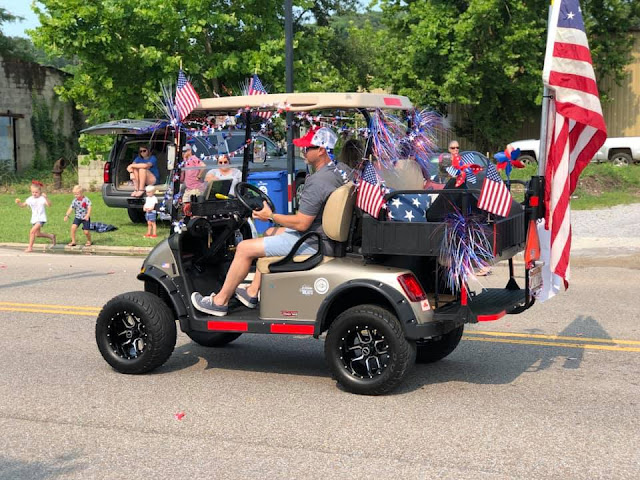 Some people dressed up as revolutionary war characters. 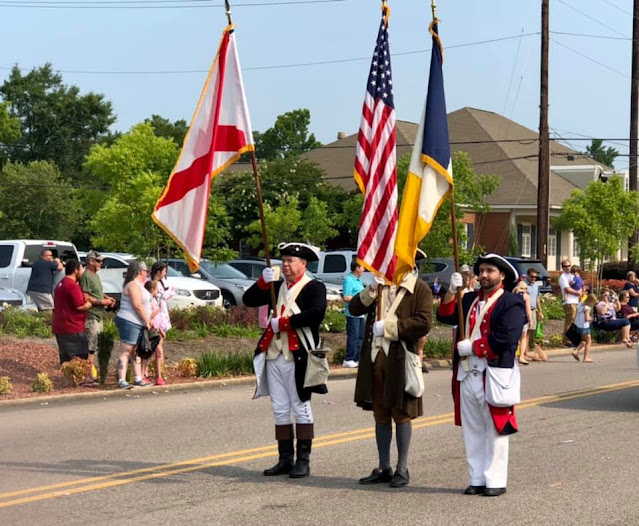 Some walked and some rode scooters. 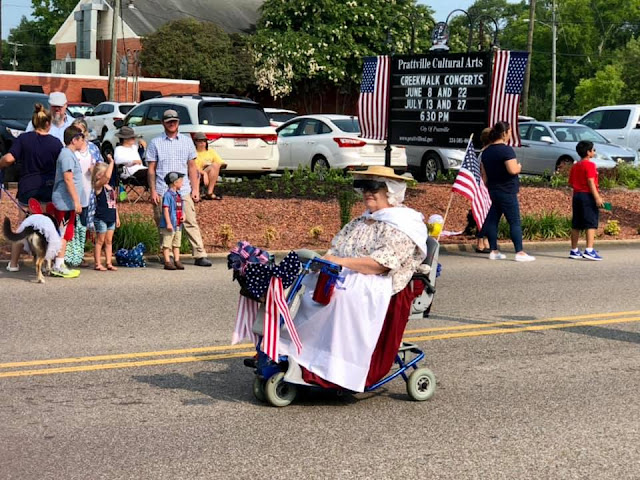 Some brought their dogs. 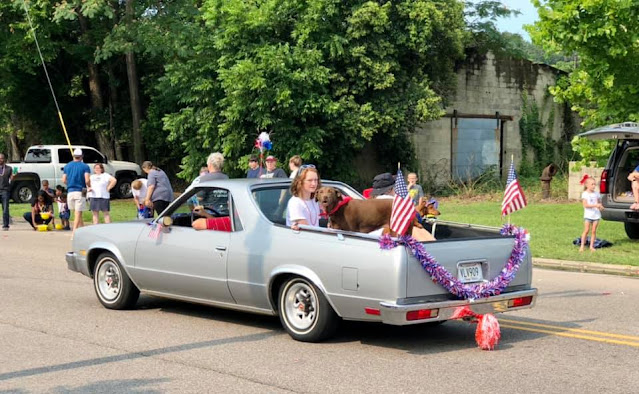 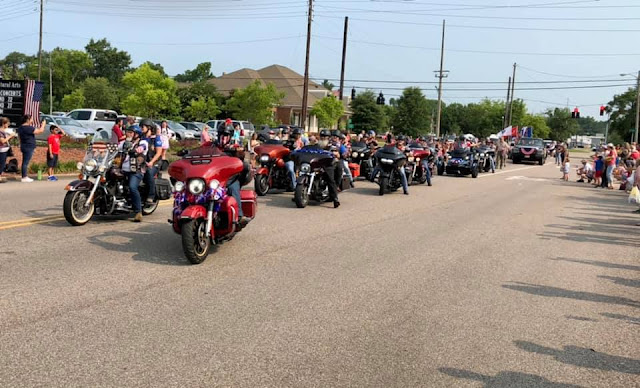 Some rode their bikes. 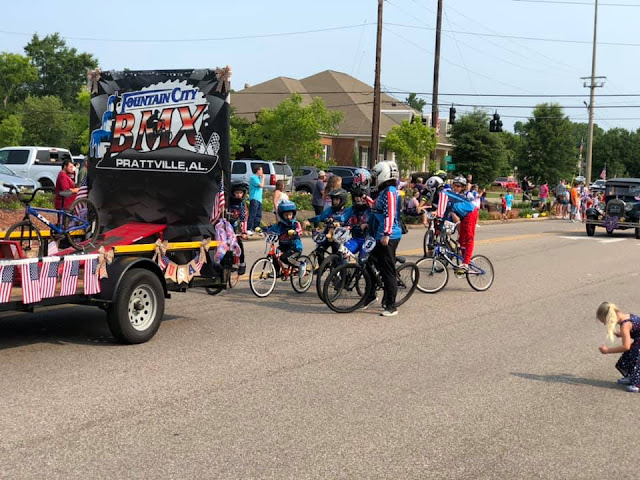 And the local POPs group played. 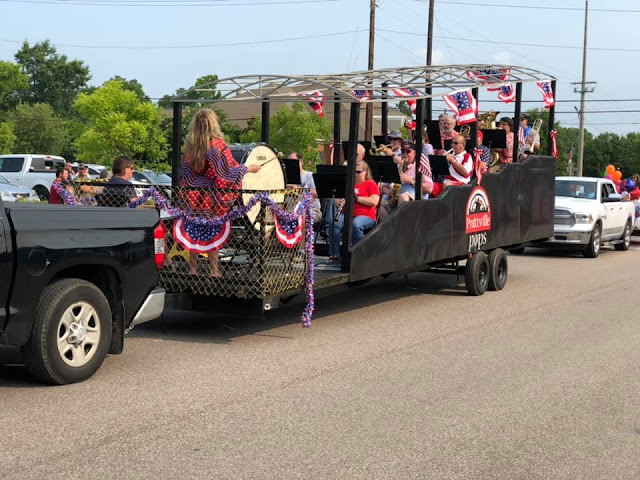 I know it was a lot of pictures and I only included a fraction of them.  I wanted you to get a feel for how fun it is as you never know what is coming next.  We had full bags of candy, beads, and toys when we left.
I had today off and ended the day with a glass of wine - my ticket into Elizabeth's T is for Tuesday Linky Party.  Notice my book pile next to the glass:  my bible, an Avenger's book my Grandson has me read him all the time, and the Mysterous Benedict Society.  My Grandson picked out the MBS book for me - he said he knew I would like it because it had a haunted house on the cover.  It was a book for a younger audience, but I loved it! 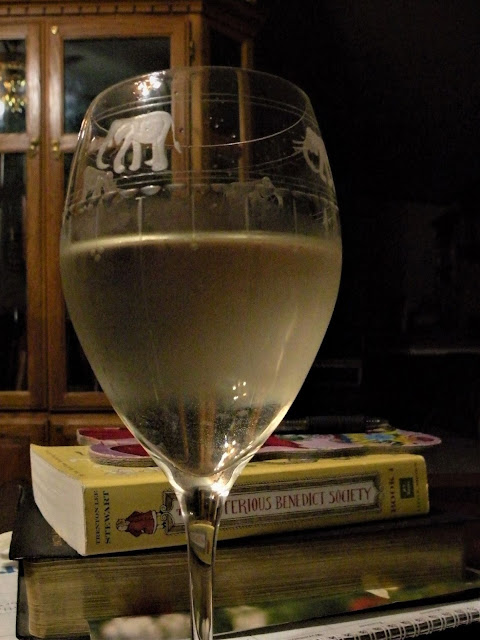