A Face in My Floor, Cheesecake, and Tim Burton ATCs

Sometimes your eyes or mind open and you see things you have never seen before..... 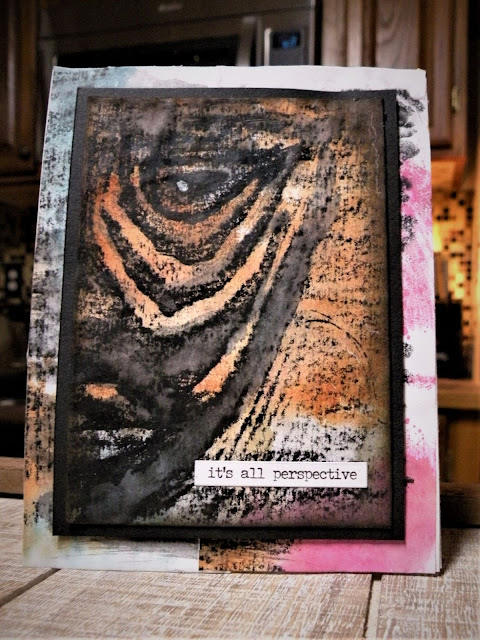 This past week, I noticed a face in one of the boards on my floor.  I did a rubbing of it with a Stabilo pencil on some copy paper and created this card (it is a case of a card by Stamperrobin at SCS - she had fairies and magical elements - my magical element is that I found a face in my floor - lol).

Since it is T-day somewhere in the world I have my drink picture of the week and am joining the T-day crew at Elizabeth's blog.  Happy T-day friends! 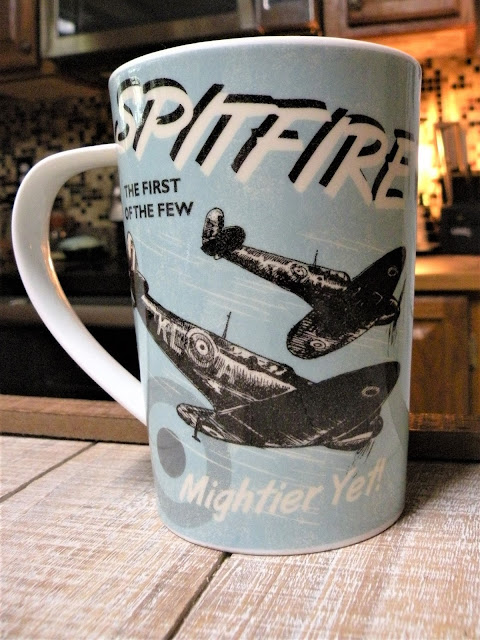 The mug is Dunoon China. One day, I got a speck of watercolor paint in hubby's coffee cup and he refused to use it again....  So I saw this mug or one like it on a post by Valerie (one of the T-gang).  I ordered it for him to replace the one I "ruined." He has finally decided to drink out of it after leaving it  on the mantel for 8 months.
Have you ever had a week so bad you knew that only cheesecake could fix it?  That was my week last week.... sick family members, sick work team members, a lot of work, had to get a new dryer, library books were due and I wasn't done with them, etc....  My favorite chocolate chip cheesecake did make me feel better - HERE is the recipe if you are interested. 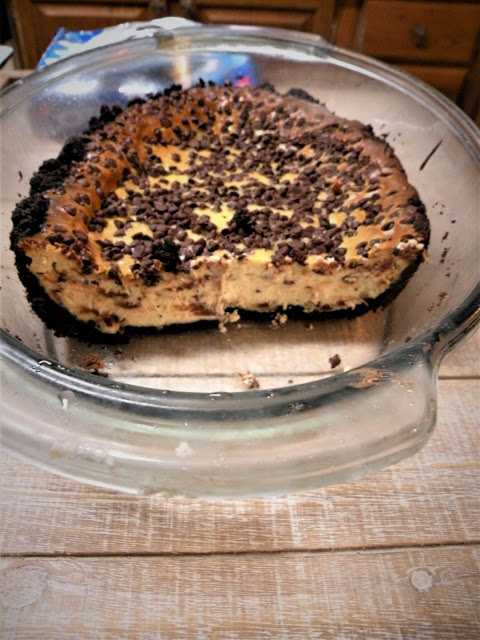 We could not find the springform pan so it had to go in my oval dish.  We change out the cocoa, sugar and graham crackers in the crust for Oreo cookies (we take half the insides out).  Hope I don't have that craving again soon - I gained 2 lbs this weekend!
It was Tim Burton celebration week in the town of Wetumpka which is very close to our house.  That is where they filmed the Big Fish, and the town feels that the movie turned them around and made them better.  They wanted to celebrate Tim. There was a giant cake, Tim Burton Trivia contests at the restaurants, a showing of the Big Fish in the Alley (it is a park between a few buildings), and most the downtown store fronts decorated their windows in his honor.  I decided to join in and make some Tim Burton-themed ATCS.
Jack and Sally from The Nightmare Before Christmas and Emily from Corpse bride - the backgrounds are Ink Spray Smash (ISS), I drew the characters, and the words are from another Tim - Tim Holtz. 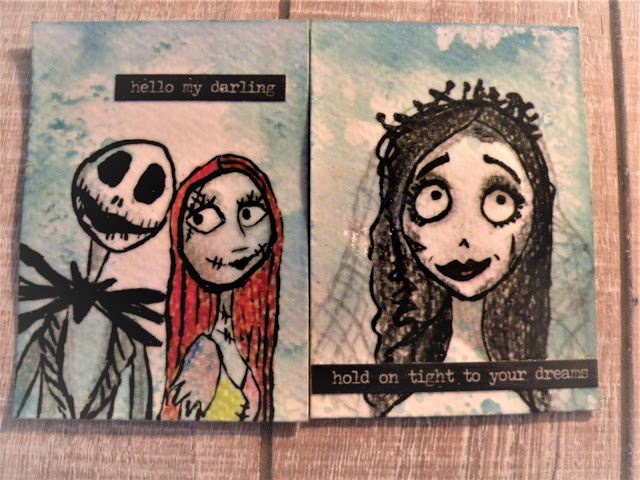 The next two ATCs are made using stamps I thought worked for my Big Fish tribute (the trees are Penny Black and the fish is River City Rubber Works Big Ugly Bass - updated after I looked it up). 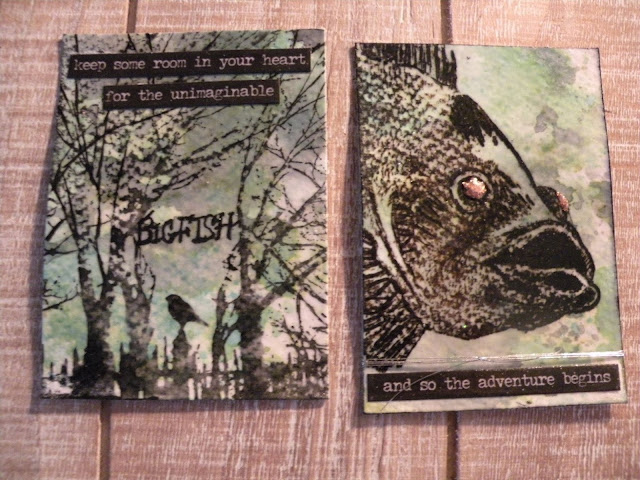 I attempted to draw the cat from Tim's version of  Alice in Wonderland  - it didn't come out too great, but with these words, it kind of redeems itself don't you think? 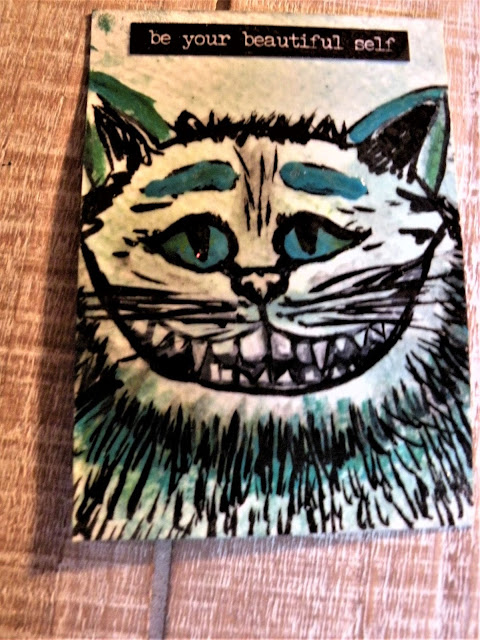 I coated each card with Versamark and 2 layers of Ranger Clear Embossing Powder.
We are watching the storm and are hoping we don't have a lot of damage. I feel awful for those that did have damage.  I go between hurting for them and the people in Afghanistan.  Depressing stuff.  Where is that cheesecake....